The following is an interview with Kim Clackson, by CBRE, August, 2018

For as long as he can remember, Kimbel Clackson’s family has shared two passions: hockey and real estate. As a kid in Saskatoon, Saskatchewan, Canada, he laced up his skates for the first time as a toddler and played consistently into his 20s before going pro.

His hockey career, from juniors through the pros, span six teams and three separate leagues over a decade. He left the ice in 1982 to join his father’s commercial real estate company, the largest firm in his hometown.

Here, Kim recalls a dynamic time in the sport, some memorable teammates, a few famous foes on the other side of the puck, and how his hockey and family histories shape his approach to real estate.

What was it like to be an early-round draft pick?

I’d played since I was a kid, and going pro was a dream come true! I had three standout years of Western Hockey League (WHL) junior hockey, which made me a top draft pick. Teams from two leagues wanted me. I was a second-round (#17) pick in the 1975 amateur draft for the World Hockey Association’s (WHA) Indianapolis Racers, and the National Hockey League’s (NHL) Pittsburgh Penguins picked me in the fifth round (#85).

I wanted to join the Penguins, but they went into bankruptcy during negotiations. When the Pittsburgh scout said we might not know till training camp if they had a team, I asked my agent to tell Indy I was ready to play. I signed with the Racers and started my pro career there.

And, that season gave you the first of many winning seasons in your career.

Yes, the Racers won the Eastern Division Championship in 1976. We went from last place to first in the final month of the season — an amazing run — but we lost in Game 7 of the semifinals to the New England Whalers, who ended up going to the finals.

By the 1977-78 season, the WHA was struggling, while merger talks with the NHL were happening. I became a free agent again and joined the Winnipeg Jets, where I defended the finest line in the game.

Tell us what it was like to play with the legendary Hot Line.

Ulf Nilsson and Anders Hedberg were Swedish forwards that came to Winnipeg a few years before I did. They were paired with Bobby Hull and became the most creative and talented line in hockey.

Before European players joined the league, hockey was essentially played up and down the ice, with players staying in their slots—wingers on the wing and so on. These new players curled around the ice and took players out of those slots, opening up passing lanes. Watching those guys, it was poetry in motion. They changed the game.

We won the Avco Cup in 1978, sweeping the Whalers in the finals. This past May, we celebrated the 40th anniversary of that win. There were 16 of us back in Winnipeg, including Bobby, Ulf and Anders. Some of those guys I hadn’t seen since that season. It was great to be together again.

We won the Avco Cup again in 1979 against Wayne Gretzky and the Edmonton Oilers. Everyone thought they’d win it, so that victory was especially sweet.

The WHA finally merged into the NHL that next season, and I went to the team that drafted me into the NHL. I finally joined the Pittsburgh Penguins and played there for a season. In 1980, my coach from the Racers traded for me and I joined the Quebec Nordiques.

You still hold an NHL record: the most penalties in a single playoff game (eight against the Boston Bruins in 1980). What made you so formidable?

You know, I just really loved to body check. A lot of players took exception to big hits, and I had to be able to fight to back it up. I wanted to do my best on the ice, so that made me a fighter—sometimes literally.

I fought in my very first game in the pros, against the Minnesota Fighting Saints in 1975. They had three brothers, Jeff, Jack and Steve Carlson, and Dave “Killer” Hanson. They were notorious fighters, and we all went at it.

You may know Dave and two of the Carlsons better as the infamous “Hanson Brothers” in the movie Slap Shot from 1977. (Dave played Jack, who was in the playoffs when filming started.) So, I can say that I really did brawl with the Hanson Brothers. Actually, that movie was pretty tame. We had 14 bench-clearers that year! It was wild, but it was part of the game.

Interestingly, Wayne Gretzky has a new book, 99 Stories of the Game, and he went on the TV show Hockey Night in Canada to discuss it. In both the book and the interview, Wayne said he found me to be one of the most intimidating guys on the ice. “I want to make sure I knew where he was at all times,” he wrote, because he didn’t want to take a hit from me. To hear that from, arguably, the best player in the history of the game, that’s really something.

In the end, I think a lot of people in hockey were relieved I found another career.

What led to your switch into real estate?

During the 1980-81 season, I had a great year in Quebec. I played well, was married in May to my wife Donna, and got my real estate license. During the summer, I worked with my brother at our dad’s real estate company back in Saskatoon.

My final pro year was in Toronto, I was a Free Agent and was given a four-year contract from legendary Punch Imlach, the General Manager for Toronto Maple Leafs. When I broke my wrist in training camp that fall, and was out for three-and-a-half months, I kept working for my dad. By the time I healed, I’d lost my passion for playing, so in early 1982 I retired and stayed in real estate.

I spent four years with my dad’s firm before deciding to head back to the States. We moved to Pittsburgh and I worked 11 years at Grubb & Ellis before joining CBRE. I’ve been here 21 years.

Now, you’ve got a stateside team of Clacksons here at CBRE.

Yes, I work with my daughter, Nicole, and my son, Matt – the third generation of Clacksons in real estate. Nicole’s been here for 12 years, and Matt joined us six years ago after a five-year pro hockey run of his own.

Are there certain qualities that brought you success in two vastly different careers?

Much of my approach to hockey carries over into real estate. Work ethic, for sure. My team at CBRE is tenacious, always trying to outwork the competition and do our absolute best.

The client always comes first, and we give them the best service we can. That reliability has helped us sustain many longstanding business relationships. I’ve worked with some of our clients for the past 33+ years, including some that I did business with back in Saskatoon. They trust me and my team, and we don’t let them down.

And, we keep finding ways to expand our expertise and skills. I’ve got my SIOR designation, and we’re consistently among Pittsburgh’s top dealmakers.

Really, though, it comes down to one thing: We want to win.

View The Video: 99 Stories of the Game. 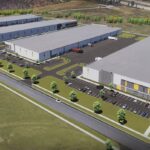